Hydrogen is an essential element of the energy transition

Hydrogen stimulates great expectations. It is expected to ensure the energy transition. At the same time, hydrogen technologies are intended to become a new export hit for Germany. The potential is there, according to Jülich researchers. They are addressing all aspects regarding this beacon of hope.

Hydrogen is the smallest and lightest chemical molecule. Still, it plays an important role in the restructuring of the energy system.

Germany is to become a global pioneer in hydrogen. This is the intention of the Federal Government’s National Hydrogen Strategy. Hydrogen is not only considered a central element for Germany to achieve its climate targets by 2050; it is also regarded as the urgently needed building block for networking and optimising electricity, transport, industry and the heating supply. Germany is to secure a leading international position in hydrogen technologies, thus opening up new sales markets for the German economy. Following the example of space travel, Federal Minister of Education and Research Anja Karliczek even speaks of establishing a “Cape Canaveral of hydrogen” in Germany.

Hydrogen is attractive because it can be used to store electricity from renewable energy sources, as green electricity is generated very discontinuously: sometimes the wind blows forcefully, sometimes not at all. The sun does not always shine with the same intensity, either. Surplus electricity that is not immediately needed in the grid could be used to produce hydrogen. “This can be stored over long periods of time and then be used when there is no wind, for example,” says Prof. Olivier Guillon from Jülich’s Institute of Energy and Climate Research (IEK-1). 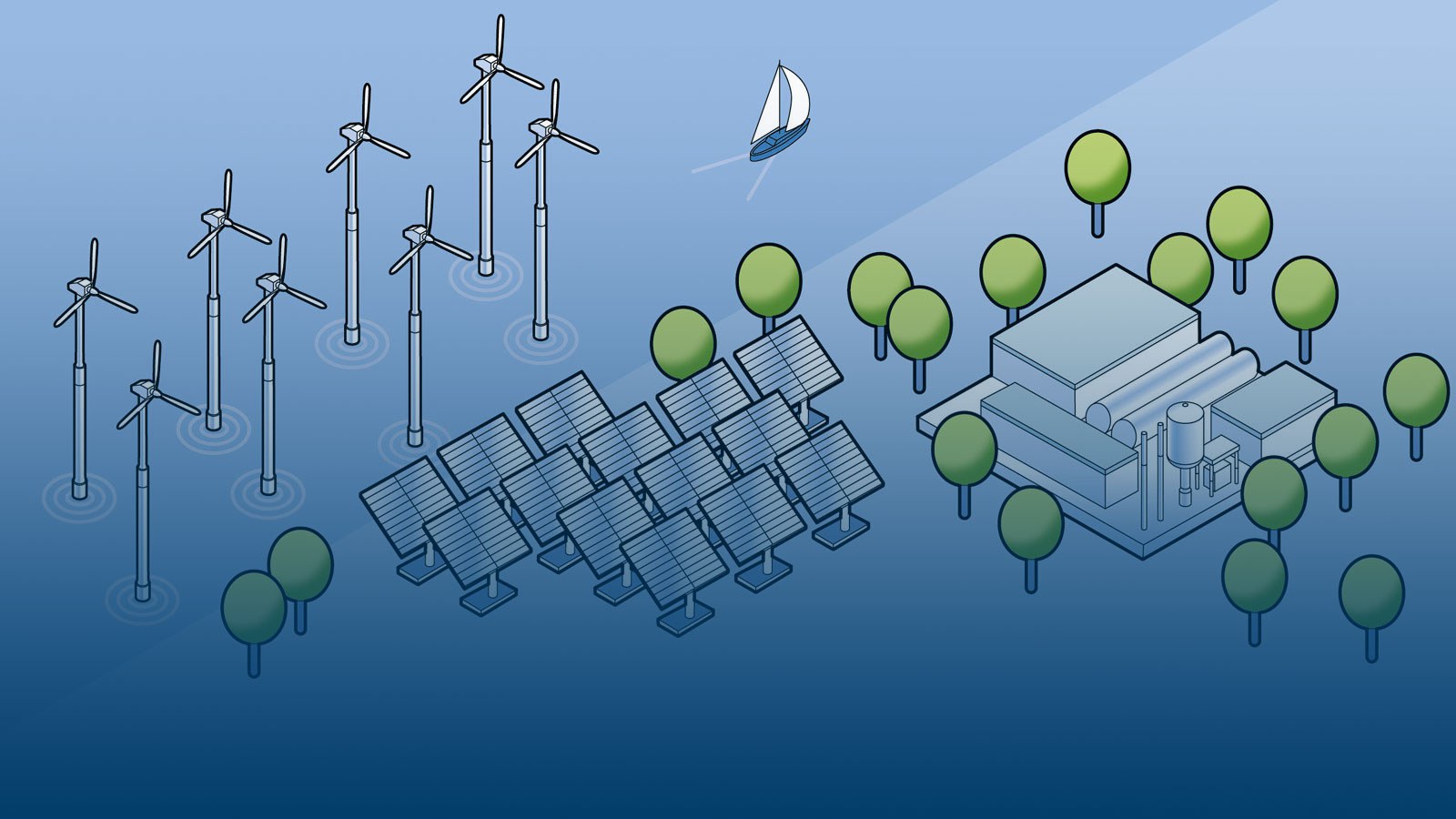 Hydrogen is an essential element of the energy transition. It can store energy from wind and solar power. This ensures a reliable energy supply and links it to transport, heat generation and industrial production.

However, it is not only this storage function that makes hydrogen essential for the energy transition. It also offers a way out of a dilemma: after all, it is not foreseeable that all aircraft, ships and trucks can ever be powered electrically by batteries. “Even so, in the transport sector we have to abandon the classic supply of diesel or petrol if we want to emit only the same amount of greenhouse gases into the atmosphere in Germany in 2050 as we take from it,” says Prof. Detlef Stolten, who works on energy systems at IEK-3. The solution could be fuel cells – climate-friendly drives that use “green” hydrogen (see box).

But that’s not all: hydrogen can also help the chemical industry through a difficult transition, as it is dependent on carbon sources to produce medicines and plastics, for instance. As long as it relies on mineral oil or natural gas for this purpose, the result will be a poor climate balance. “Using so-called Power-to-X technologies, hydrogen and, if CO2 is added, carbonaceous gases can be produced from green electricity. These could replace mineral oil and natural gas to produce basic chemicals for the industry and liquid fuels, such as for aviation. In this way, hydrogen links the sectors of electricity, industry and transport,” emphasises Prof. Rüdiger Eichel, electrochemistry expert at IEK-9.

Hydrogen H2 is a colourless gas. Depending on the type of production, however, it is assigned a colour.

“Germany can be a frontrunner”

Detlef Stolten researches the energy supply and use of tomorrow. He has been concentrating on the transformation of the energy system from a technical-economic standpoint since 2010.

Yes. While the market for battery technology is largely dominated by Asian suppliers, the race is still open regarding electrolysis and fuel cell technology. Germany and Europe have a good chance of playing in the lead here. However, action must be taken quickly.

If we hesitate too long, others will win the race. In order to be successful in global competition, we need a domestic market for hydrogen technologies, that is, a corresponding infrastructure with pipelines, storage facilities and filling stations. It takes a long time to establish this, so we have to start now.

Germany will not be able to produce all the hydrogen it needs itself. How much will we have to import?

We were able to show in a study that, for a climate-neutral Germany in 2050, it would be cost-optimal if about half of the hydrogen needed were imported and the other half were produced in Germany. A pre­requisite for this, however, is the further expansion of renewable energies.