Many experimentally found hadrons do not fit into the traditional scheme of 2- and 3-quark states. We systematically investigate such states.

In recent years evidence has accumulated for the existence of multiquark states both in the light quark sector as well as in the heavy quark sector. Since many of those new states are located near two-particle thresholds, the IKP-3/IAS-4 specialised on systematic studies to reveal a possible nucleus-like structure of those, only that the corresponding constituents here are not only protons and neutron, but also light or heavy mesons. In the literature those structures are called hadronic molecules. The tools employed for the mentioned study are similar to those well established in nuclear physics and comprise effective field theories and lattice QCD. While so far the focus was mostly on identifying individual states and predicting properties of possible hadronic molecules. In the coming years we switch to the development of a more global picture aiming at the description and prediction of classes of states, by systematically exploiting the symmetries of the systems. 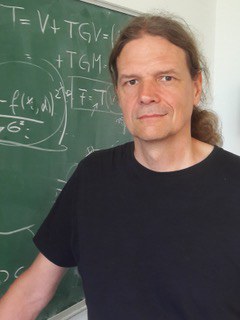