A large stratospheric balloon was launched in Timmins, Canada, with the infrared spectrometer GLORIA-B for atmospheric research. After the successful maiden flight in Sweden last year, the current campaign, in addition to exploring the stratospheric air layers, served to support the European Space Agency ESA in preparing satellite missions such as CAIRT ("The Changing-Atmosphere Infra-Red Tomography Explorer") and FORUM.

The development of the GLORIA-B instrument was realized in parts by the engineers of ZEA-2 in cooperation with scientists of the Jülich Stratosphere Research (IEK-7) and the Karlsruhe Institute of Technology (KIT). GLORIA is the abbreviation for "Gimballed Limb Observer for Radiance Imaging of the Atmosphere" and is a further development of the instrument version of the German research aircraft HALO. It contains a high-speed infrared camera combined with a Michelson interferometer that can resolve the measured radiation into individual spectral lines.

The measurements were supervised on site in Canada by development engineers of ZEA-2, Tom Neubert accompanied the project on site.

The camera readout system and the processing computer were developed completely in-house: they are unique and especially designed for the high data throughput of the spectrometer, taking into account the harsh environmental conditions in the stratosphere. During the flight, the balloon with GLORIA-B ascended up to 36 kilometers, and more than 3.5 terabytes of data could be collected within the 15 hours measurement period.

The data collected will provide profiles (maps) of a variety of gases and aerosols up to high altitudes that affect climate and the ozone layer despite their very low concentrations. This will help to demonstrate the technical feasibility of future satellite instruments and study the chemical composition of the atmosphere under rapidly changing conditions due to climate change in a region that is difficult to access.

We thank the project investigators and their colleagues for the successful cooperation. 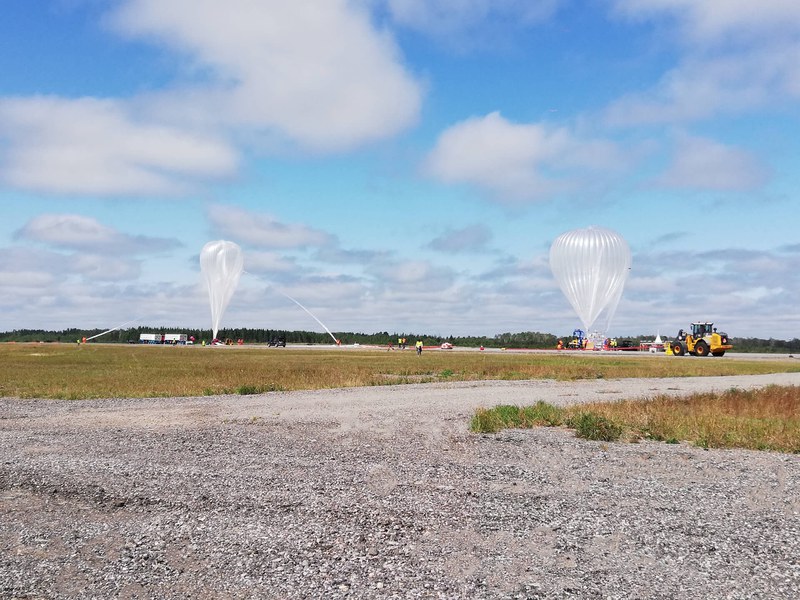 Launch preparation with filling of the zero pressure balloon (left) and the instrument gondola carried by the supporting balloon (right). 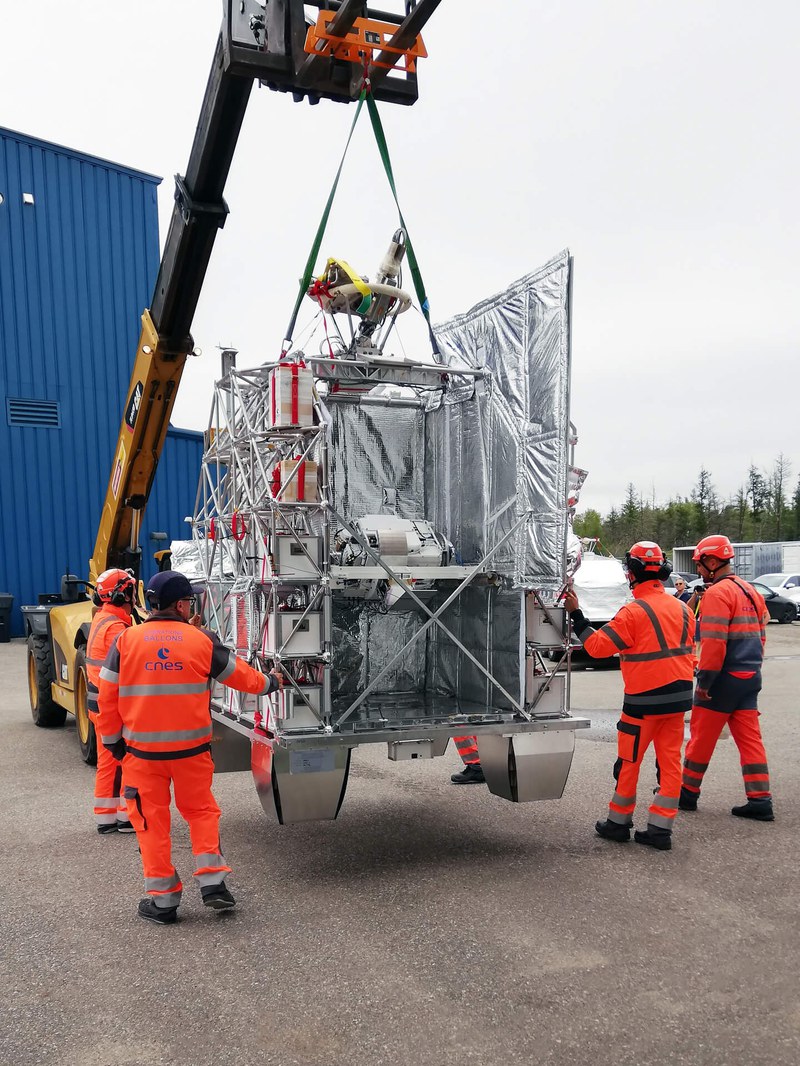 Transport of the instrument gondola to the launch pad. 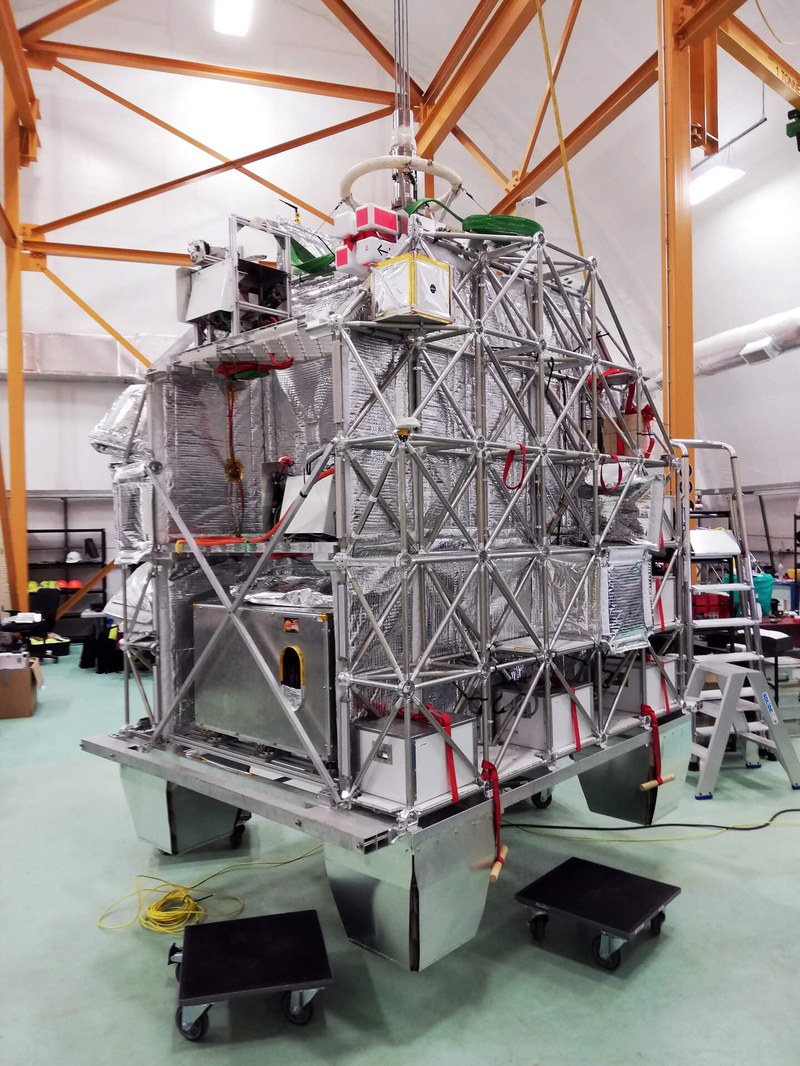 Balloon gondola with all instruments in the integration hall.