However, direct measurement of 3D traits such as volume or mass of single seeds is very rarely performed in routine protocols. We have introduced a device named phenoSeeder (Jahnke et al., 2016) which enables handling and phenotyping of individual seeds of very different sizes (Fig. 1). The system consists of a pick-and-place robot and a modular setup of sensors (Fig. 2) which can be versatilely extended.

Basic biometric traits detected for individual seeds are 2D data from projections, 3D data from volumetric measures (Roussel et al., 2016), and mass from which also seed density is calculated. Each seed is tracked by an ID and, after phenotyping, can be planted, sorted or individually stored for further evaluation or processing, e.g., in routine seed-to-plant tracking pipelines. By investigating seeds of Arabidopsis (Arabidopsis thaliana), rapeseed (Brassica napus) and barley (Hordeum vulgare) we observed that, even for apparently round-shaped seeds of rapeseed, correlations between projected area and mass of seeds were much weaker than between volume and mass. This indicates that simple projections may not deliver good proxies for seed mass. We expect that automated seed phenotyping on a single seed basis can contribute valuable information for applications in a wide range of wild or crop species including seed classification, seed sorting or assessment of seed quality.

Since the structure of the phenoSeeder system is modular and flexible additional devices or sensors can be implemented. Examples are automated seed delivery systems, chlorophyll fluorescence measurements to score seed maturity and performance, or low-field NMR to measure solid and liquid parts of seeds. [From Jahnke et al., 2016, Plant Physiology, modified.] 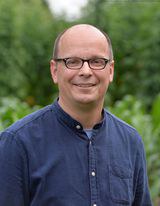