The group focuses on the thermodynamic properties of topological solitons and spin wave phenomena in ordered magnetic crystals.Topological magnetic solitons represent localized in-space magnetic textures with nontrivial topology, which prevents the decay of such textures without the formation of high-energy singular states -- Bloch points. Magnetic solitons possess particle-like properties, meaning that they may move and interact with each other and the environment. The motion of magnetic solitons can be triggered in different ways, for instance, with the varying in space and time magnetic field, electric current, temperature gradients, etc. Currently, the group focuses on the properties of 2D and 3D magnetic solitons in chiral magnets and magnets with frustrated exchange interactions. We widely use analytical methods provided by the continuum model of micromagnetics but also use the numerical simulations with free and open source software ({OOMMF} [https://math.nist.gov/oommf/], {mumax} [https://mumax.github.io/]) and commercial software ({Excalibur} [http://quantumandclassical.com/excalibur/]) developed by our partners. We also develop our own software for spin dynamics simulations ({magnoom} [https://github.com/n-s-kiselev/magnoom]). The group also focuses on the study of magnetic singularities and spin-wave phenomena in magnetically ordered systems. 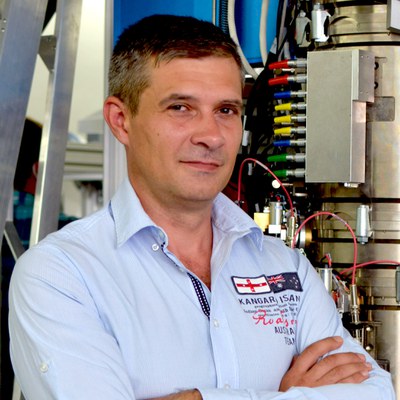 Our group is the part of the {3DMAGiC}[https://3d-magic-project.eu/] project.