In January 2022, the Board of Directors decided to commit to the use of gender-sensitive language.

The commitment entails the use of gender-sensitive language to include all individuals regardless of their gender. The objective is to address all individuals in an inclusive manner – and not just allude to them.

The Equal Opportunities Bureau will be happy to answer any questions employees may have about gender-sensitive language.

Why is gender-neutral language important?

Language shapes our perception, thinking, and actions, and indirectly conveys norms and values. For this reason, it is important to use gender-neutral and non-discriminatory language that makes people of all genders feel seen, included, and given the attention that they are due, rather than taking them for granted. This helps to ensure respectful and appreciative cooperation.

Most English nouns have no grammatical gender forms (“teacher”, “president”), while a few nouns are specifically masculine or feminine (e.g. “actor”/“actress”, “waiter”/“waitress”). Many nouns have already been adapted to now have gender-neutral equivalents (e.g. “police officer” instead of “policeman”/“policewoman” or “spokesperson” instead of “spokesman”).

Strategies to be more gender-inclusive include pairing (e.g. "he or she must..."), highlighting gender (e.g. "All of the soldiers, both men and women,...", and gender-neutral words ("humankind" instead of "mankind").

🔎Further helpful tips about using gender-neutral language can be found on the United Nations website.

The generic masculine should be avoided, as such phrases are not only associated with some uncertainty (are non-males also meant?), but also with preconceptions of male dominance. When pairing is used to address an audience (for example, female and male applicants), women and men both feel more directly addressed, which means that women show greater interest in applying when professions are presented in a gender-neutral or female-specific manner. In general, institutions are perceived as being more attractive to applicants when they advertise in a gender-neutral way. In order to include and address people of all genders, gender-neutral wording should be used.

How should gender-neutral language be used in German writing?

There are different ways to make German gender-neutral in your writing. The forms that are recommended are gender-neutral designations of persons and functions (e.g. "Leitung" instead of "Leiter") and pairing (e.g. "Mitarbeiterinnen und Mitarbeiter"), along with wording using the gender asterisk (e.g. "Wissenschaftler*innen") and the gender colon (e.g. "Wissenschaftler:innen"). This allows texts to be consistent and gender-inclusive.

Can gender-neutral language also be used in spoken German?

Did you know that a small pause is left between the word stem and the ending when speaking to indicate the gender asterisk or gender colon? This pause is called a glottal stop.

Support and further information (in German) 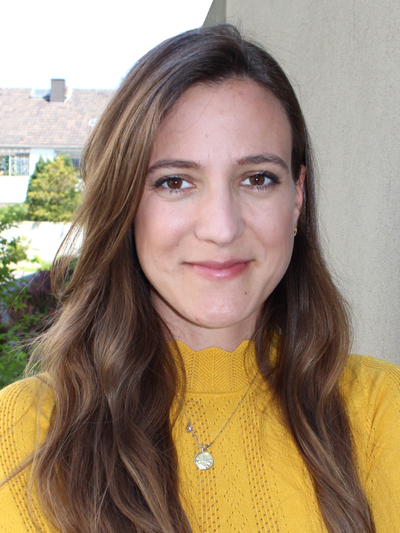