In Weyl Semimetals, the valance and conduction band touch near the Fermi level at discrete values of crystal momenta in 3D non-centrosymmetric or magnetic materials where either space inversion or time-reversal symmetry is broken.

At present, we have an elementary theoretical understanding of the nature of the Weyl semimetal, and several experimental signatures are being studied, that include, Fermi arc as a topological surface state, and the so-called ‘chiral anomaly’ manifesting itself in anomalous Hall effect or negative longitudinal magnetoresistance.

Our primary research focuses on the magnetic Weyl semimetals where the time-reversal symmetry is broken. We study the interplay between the magnetic order and topological quantum properties employing neutron, magnetic x-ray, and in-house characterization techniques.

Our study will shed light on the fundamental properties of the Weyl semimetals and their dependence on the underlying magnetic symmetry of the lattice. Since the topological quantum properties can be controlled via small magnetic fields at room temperature for the Weyl semimetals, these materials can serve as a promising candidate for future spintronic devices. 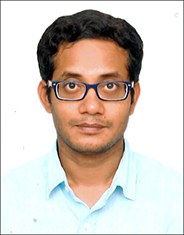