The sources of power

Thanks to Jülich research, fuel cells are becoming more cost-effective and more efficient.

The hydrogen flows through pipelines to combined heat and power plants and filling stations. LOHC trucks supply small places that are not connected to the pipeline systems. Fuel cells are used to release the maximum of the stored energy. They generate electricity from the hydrogen. For this purpose, they additionally require oxygen; the only exhaust produced is water. In the combined heat and power plants, the fuel cells generate electricity for housing estates, also using the heat produced in the process. This increases efficiency. In vehicles, fuel cells drive engines.

So-called SOFC fuel cells are particularly well suited for combined heat and power plants (CHP). SOFC stands for Solid Oxide Fuel Cell. This type is extremely efficient in converting hydrogen into electricity. Since SOFC fuel cells in CHPs can run continuously, there is no need to frequently start up the system to the required operating temperature of around 700 °C, which would cost energy and put a strain on materials. For fuel cells to be operated economically, they must last as long as possible. With a SOFC fuel cell they developed themselves, Jülich researchers have proven that cells of this type function perfectly for more than ten years in continuous operation. “At the beginning, hardly anyone would have thought so because of the high operating temperature and the resulting material requirements,” says Prof. Ludger Blum from IEK-14. 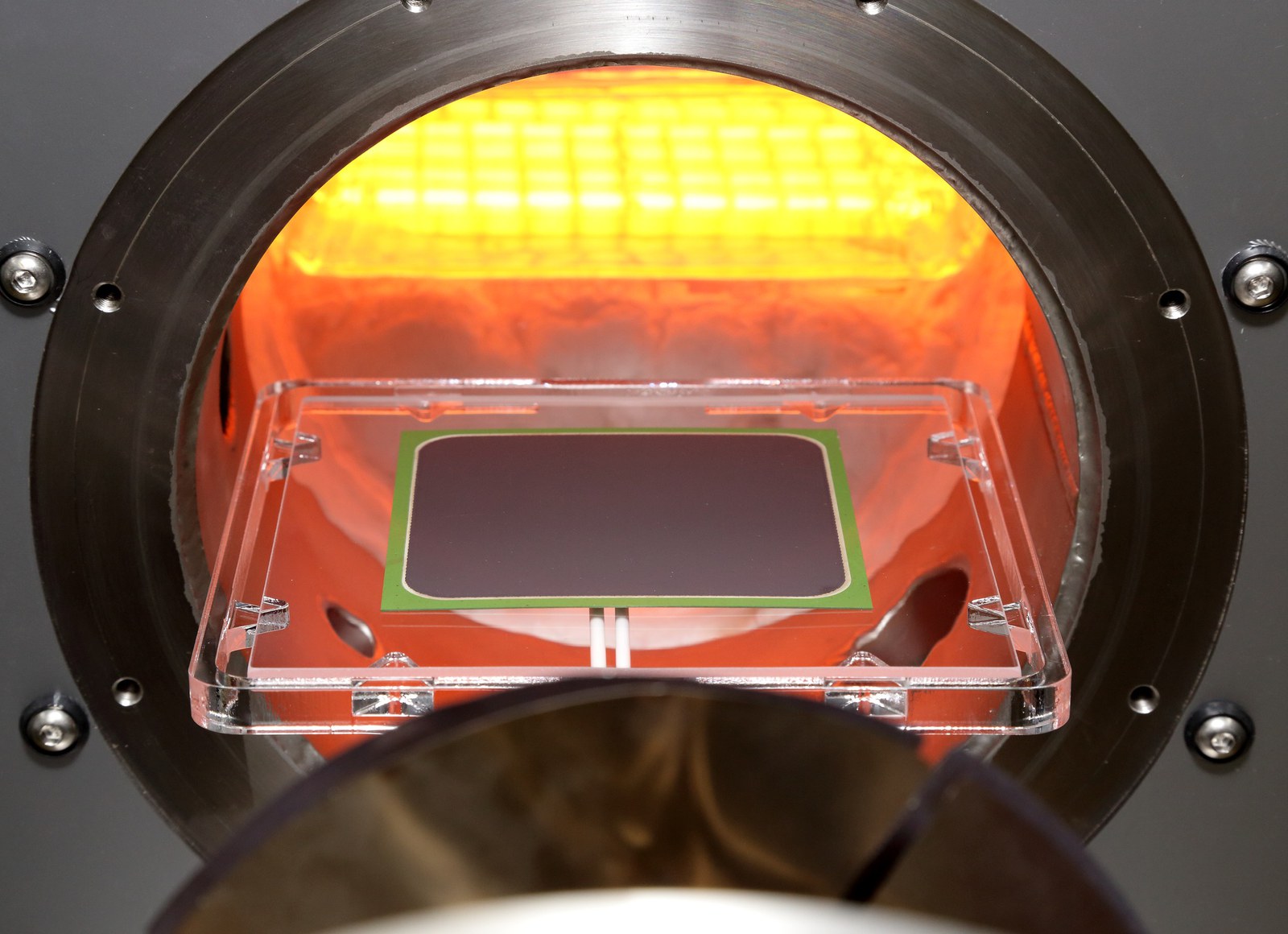 In addition, Jülich researchers have developed a solid oxide system on a laboratory scale that they can switch back and forth within ten minutes: between an electrolysis mode, in which it produces hydrogen with electricity, and a fuel cell mode, in which it generates electricity from hydrogen. “If a plant can be operated as an electrolyser or as a fuel cell, depending on requirements, then instead of two plants only one plant is needed to store electricity in the form of hydrogen on site and convert it back into electricity at a later date. This helps to save considerable costs,” explains Blum. Besides, such reversible cells are suitable for use in remote stations on islands or mountains. The performance of the reversible cell still decreases quite rapidly with increasing operating time, especially in electrolysis mode, but the researchers are working to change that. They are also in the process of transferring their findings from the laboratory scale to larger plants.

Ceramic high-temperature fuel cells achieve the highest efficiencies and are considered particularly low-maintenance. However, the high operating temperature also poses great challenges for the materials used. Such high-temperature fuel cells would have to operate for 5–10 years in order to make the application economically viable. Jülich’s solid oxide fuel cell (SOFC) achieved a much longer operating time in a long-term experiment, roughly equalling the amount of electricity that a single-family household uses in one year.

By contrast, reversible solid oxide cells (rSOC) not only generate electricity, but can also be used for the production of hydrogen by means of electrolysis. This means they can temporarily store electricity as hydrogen and convert it back into electrical energy at a later time. Jülich’s scientists have developed a highly efficient fuel cell system that can achieve above 60 % electrical efficiency during hydrogen operation. Jülich’s rSOC has 5 kilowatts of power, which is approximately enough to cover the power consumption of two households

Metal-supported solid oxide fuel cells provide certain advantages in comparison to the conventional ceramic-supported fuel cells. They are highly efficient, more cost-effective to produce, and mechanically stable. However, their technical development is not yet complete. Therefore, the focus of Jülich’s research is on targeted further development as well as the production of new electrode materials.

Direct methanol fuel cells (DMFC) can be used, for example, as a mobile power source for electrical appliances or as a low-maintenance alternative to petrol or diesel-powered generators. However, a problem so far has been the very limited service life of the cells, often less than 1000 hours. By developing six generations of DMFC systems to date, Jülich researchers have succeeded in identifying the main causes of the loss of efficiency and thus developed a system that can be operated stably for more than two years without interruption

Another Jülich team, together with researchers from TU Wien (Vienna), has increased the power density of so-called metal-supported SOFCs by more than 200 per cent within a few years. “The decisive factor was that we systematically optimised the structure of the electrochemical functional layers and the cell architecture,” says Dr. Martin Bram of IEK-1. Car manufacturers are interested in metal-supported SOFCs, which they would like to use in electric cars as range extenders in order to continuously charge the vehicle battery. Metal-supported SOFCs are particularly suitable for this purpose because they can withstand shocks and vibrations on the vehicle floor better than the usual full ceramic fuel cells.