Jülich, 28 September 2022 – Physicist Dr. Taner Esat from Forschungszentrum Jülich has been honoured with the "Gerhard Ertl Young Investigator Award 2022". The award, named after the German Nobel Prize winner and surface physicist, recognises young scientists for outstanding achievements in surface science and has been presented by the Surface Physics Association of the German Physical Society (DPG) since 2010. The prize is endowed with 3,000 euros and is supported by the journal "Surface Science" published by Elsevier.

Taner Esat is part of the "Low Temperature Scanning Probe Microscopy" group of Prof. Dr. Ruslan Temirov at the Peter Grünberg Institute for Quantum Nanoscience (PGI-3). His research focuses on the manipulation of single atoms and molecules on surfaces. Similar to building with Lego, the aim is to assemble structures from individual atoms and molecules.

The tools used are methods of scanning probe microscopy at ultra-low temperatures in combination with measurement techniques such as electron spin resonance, which Dr. Esat is developing further together with his colleagues. The approach provides a universal playground where quantum effects can be systematically investigated and used at the atomic level. The overarching goal is to produce artificial nanostructures with specifically designed quantum states. These can lead to new applications in quantum technology in the future: for example, for quantum computers and quantum sensors.

The award ceremony took place at the meeting of the Condensed Matter Section (SKM) of the German Physical Society (DPG) in Regensburg in September 2022. Five finalists were invited to give a talk in a special session, which was decisive for the selection of the award winner. >> News of the scientific journal "Surface Science"

Institute Director Prof. Dr. Stefan Tautz is delighted: "We are very proud of Taner and congratulate him warmly on this prestigious award. This beautiful success also shows the unique scientific potential offered by the unique Jülich quantum microscope he helped to develop." 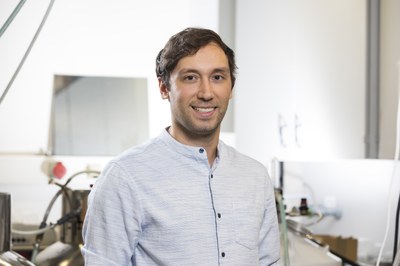 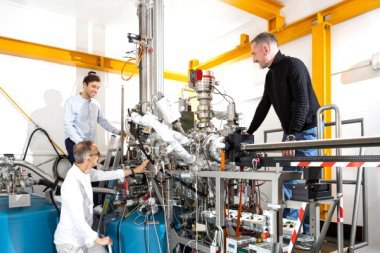 Quantum Microscope Made in Jülich 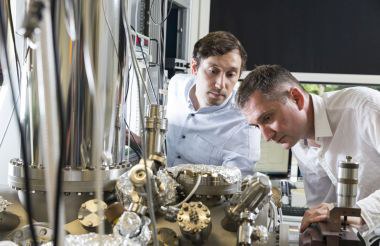 Scientists from Forschungszentrum Jülich have achieved a new level of precision working with single molecules. They succeeded in placing an ultrathin molecule in an upright position on a flat layer of silver atoms – and the molecule remained standing instead of reverting to its naturally favoured position.