In an interview, Dr Tobias Stollenwerk explains how the QUASIM project brings quantum computing and metal processing together.

The problem is well known from Christmas biscuit baking: When it comes to punching out dough, it always gets stuck in the biscuit cutters. Similar problems also occur during laser cutting in the metal processing industry. In future, quantum computers could help to position the laser in such a way that the sheet metal parts can be removed smoothly. In the QUASIM project, Dr. Tobias Stollenwerk from Forschungszentrum Jülich is now working together with the German high-tech company Trumpf to bring the first suitable quantum algorithms to fruition.

In the following interview, the quantum physicist, who moved from the German Aerospace Center DLR to Forschungszentrum Jülich last summer, sheds light on the work of the project.

Dr Stollenwerk, what is the project about?

In QUASIM we want to investigate the potential of quantum computers for metal processing. In doing so, we are concentrating on concrete use cases. One test problem we are investigating with the company Trumpf is the removal of parts during laser cutting. These removal processes often do not run optimally, although these processes are already being optimised today with the help of computer simulations. This is due to the fact that the thermal expansion of the sheets - the laser is very hot - can only be inaccurately taken into account in the previous models. The parts sometimes stick to the sheet after cutting. The machines then have to be stopped to loosen them, which leads to unwanted downtime. Optimising the cutting patterns with quantum computing and machine learning could help to increase the efficiency and also the quality of the cuts.

How far have you got today?

Today's quantum computers are still at an early stage of development, despite the enormous progress made in recent years. At the moment, the aim is to break the problems down to subproblems that have similar characteristics to the real tasks and that are so simple that they can be solved on the currently available quantum computers with only a few qubits. In this way, we want to arrive at an assessment of how quantum computers can offer a real quantum advantage in practice for this concrete task. Another question is what properties such a quantum computer must have and what the related development effort is. An important goal at the end of the project is to obtain an estimate of what quantum computing resources would be necessary to achieve a quantum advantage in practice. So far, we have developed initial approaches on how quantum computers could be used to accelerate machine learning techniques to simulate temperature propagation in sheet metal parts.

What is your part in the project?

In QUASIM, we are working together with the German Research Centre for Artificial Intelligence (DFKI), which is coordinating the project, as well as the Fraunhofer Institute for Production Technology (IPT), Trumpf and the software company ModuleWorks in Aachen. Ford and MTU are also involved as associated partners. My task is to coordinate the work on the part of Forschungszentrum Jülich. My colleagues Dr Alessandro Ciani and Sven Danz carry out the actual research work and investigate quantum algorithms that could be suitable for manufacturing.

Which quantum computers are you using in the project?

At the moment we are still simulating the quantum computers on classical computers. This has the advantage that we can concentrate entirely on the development of the quantum algorithms and have to pay less attention to the peculiarities of current quantum systems, which are typically all still somewhat error-prone. Nevertheless, we are already taking into account the properties of real quantum hardware, such as that being developed in the QSolid project. These are, for example, error rates in special quantum operations and the limited connectivity of the qubits. 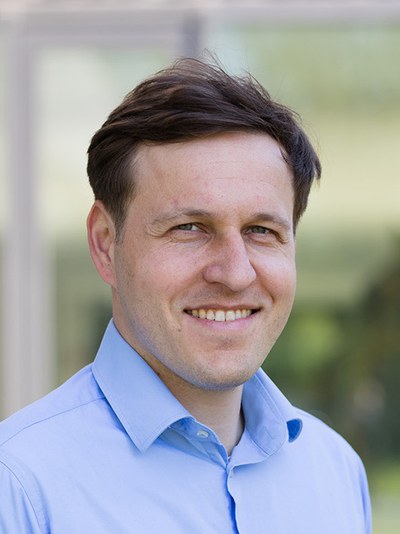 In the QUASIM project (QC-Enhanced Service Ecosystem for Simulation in Manufacturing), a team of scientists and project partners from industry is researching possible forms of implementing quantum computing in the metal processing industry. 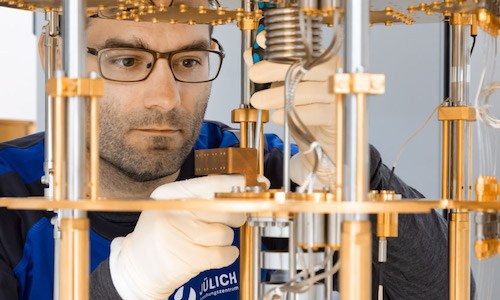 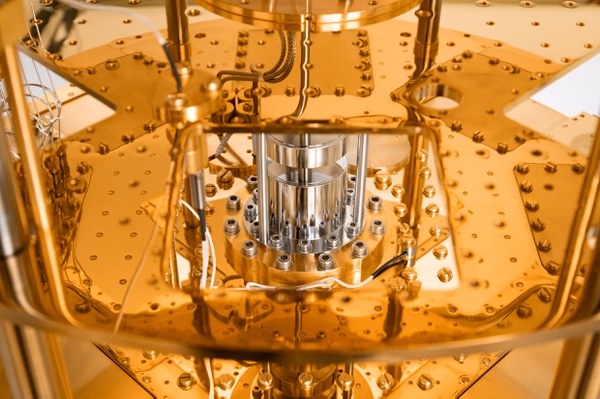