Jülich / Lyon, 9 December 2022 – Researchers from Forschungszentrum Jülich and the University of Wuppertal are currently collecting new data for pedestrian research at the Festival of Lights in Lyon. The Fête des Lumières, which started yesterday, attracts around 2 million people to the French city every year. The researchers record how streams of visitors push their way through the crowded streets. The analysis of the data is intended to improve the prediction and understanding of the dynamics of dense crowds with the help of innovative models using artificial intelligence (AI).

"The biggest challenge in this case study is to deal with the lighting conditions," says Dr. Mohcine Chraibi of Forschungszentrum Jülich. "It's nighttime and light installations are running everywhere." At various locations, he and project partners from the French universities in Lyon and Toulouse plan to film how streams of visitors squeeze through the crowded streets in complex collective movements. One example are stop-and-go waves, similar to those seen in vehicle traffic jams.

"People are let into Place de Terreaux every 15 minutes, where the main action takes place. Once the show is over, they are let out and the square is filled with new people," explains the physicist from Forschungszentrum Jülich. "These intervals are very interesting from our point of view. Because it allows us to observe what happens when large crowds are steered in a controlled way."

For the recording, the researchers make use of the city's surveillance cameras. Additionally, they have installed equipment on the balconies of pre-determined apartments that provide an optimal view of the action. The work is part of the MADRAS project, and Mohcine Chraibi is one of the project's two coordinators. The aim of the project is to better predict and understand the movements of dense crowds using innovative models. These models will then be applied to simulate the flow of visitors at mass events such as the Fête des Lumières, and match it with empirically collected data.

Several accidents in recent years have shown the potential risk when large numbers of people get together in close spaces; most recently just over a month ago during Halloween celebrations in a nightlife district of the South Korean capital Seoul, where at least 149 people died.

For planning of safe events and gathering places, reliable models are needed to calculate the movements of pedestrians and visitors in a realistic way. However, current models still have some serious shortcomings, especially when large numbers of people are moving densely packed in a confined space. In this context, the MADRAS project aims to develop innovative agent-based models using artificial intelligence, or AI for short.

Such models are based on many small units, called agents, which have various options for decision-making and whose behavior is controlled by neural networks. The approach has recently been applied successfully to low and medium densities of people. The researchers now hope to obtain enough material with the recordings from the Fête des Lumières to be able to train the neural networks for tight situations with high densities of people.

The recording of the videos is done in strict respect of the privacy and protection of personal data of the filmed visitors. The videos are processed anonymously without distinguishing the filmed persons according to any criteria. All data on pedestrian dynamics as well as the models and simulation software used will be made publicly available after the project is completed. 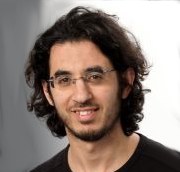 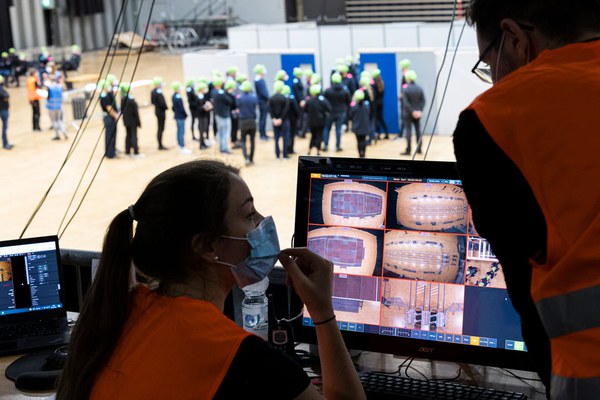 The effzett magazine of Forschungszentrum Jülich reports on the experiments conducted as part of the CroMa project. Over 1,000 probands took part in the experiments to provide data used to improve passenger safety at train stations.

The institute section Civil Safety Research covers the scientific fields of pedestrian and fire dynamics. The developed and applied methods are based on experimental and simulation approaches. Our work is closely associated to the following chairs at the university of Wuppertal.